I am not a great blogger.  In fact I have trouble talking about my art in general, until I have had a drink or two as my friends will attest.  This winter I was commissioned to mural a 1948 Dodge Custom Deluxe and due to the amount of work that went into the restoration I really wanted to share the experience.  So this blog, rough as it is, is mostly to share the pictures of the transformation.  I am still waiting for the original photos of the car and details.  So this part 1 starts when I came into the picture.

Tom is a mechanic and he likes fast cars.  He used to have a race truck, details on the motor will come later.  Tom contacted me just before Christmas 2012. 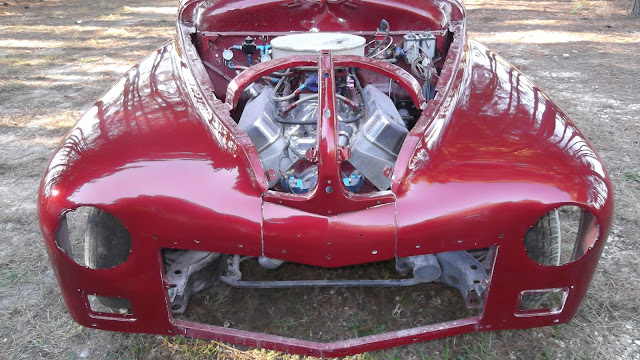 He sent me a couple pictures of the newly painted car all buffed out. 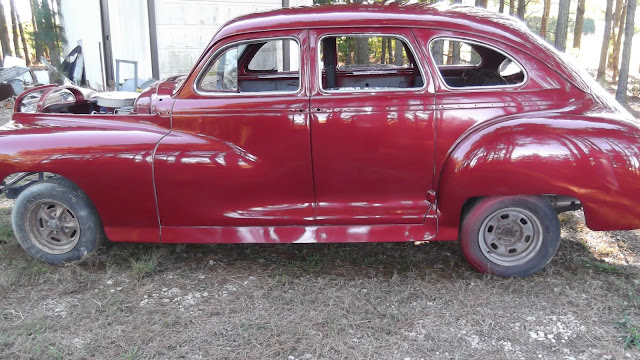 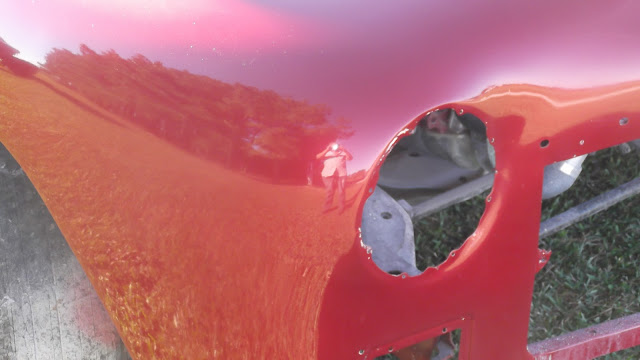 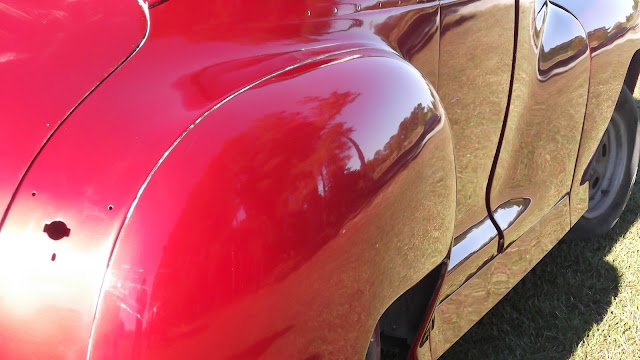 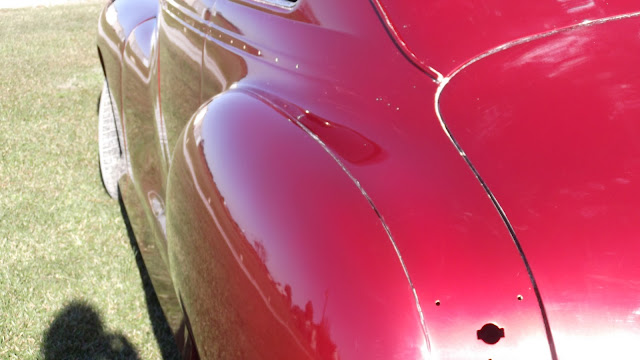 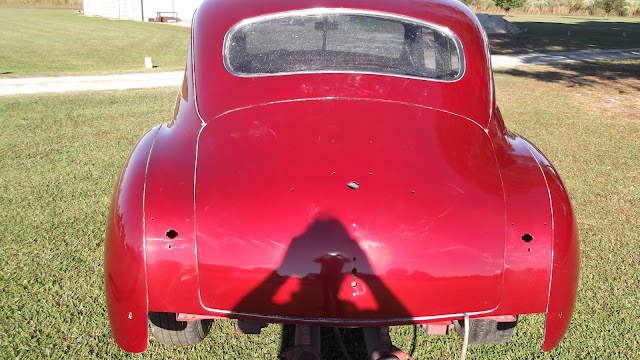 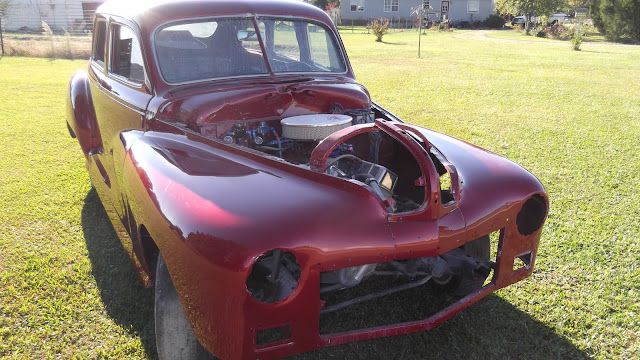 It is a very pretty car.  Ahem! Cool car.

We met at his place in Dunn, NC and talked about theme.  Tom wanted to tell a story from beginning to end.  He wanted it to be unique and nothing like anything else out there.  The idea was to start the story on the hood tell part on the side with the identical image on the other and the ending on the trunk.

We pulled a couple of pictures from the internet for inspiration.  I wish I knew where all of these came from so I could give proper credit.  So if you see something that you know or did please contact me so I can post it. 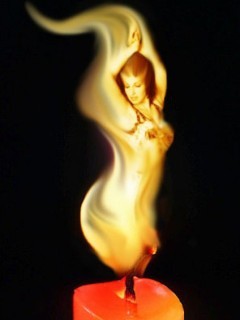 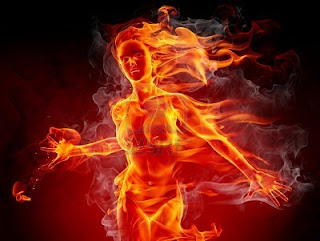 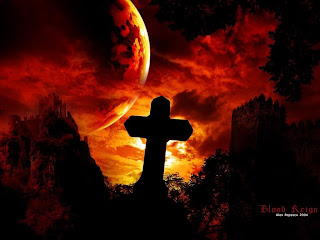 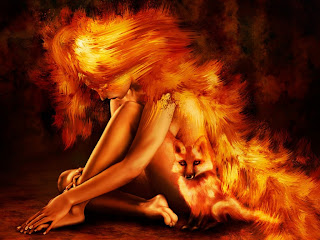 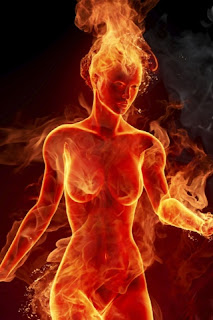 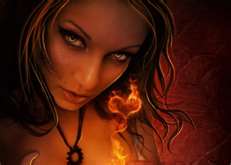 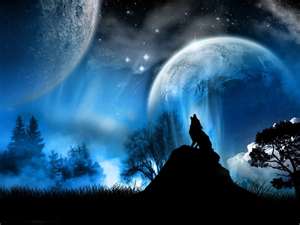 The idea was that a death has occurred and on a lonely mount a wolf morns for his mistress.  The land is in turmoil like her soul.  The wolf pulls down her cross head stone releasing her to rise again.

To be honest I had no idea how long this would take me to paint.  I have painted large murals before but not something like this.  So my husband suggested that I create a mock up.  This will show Tom what I can do so there are not any unreasonable expectations. I can get an idea of how long it will take me.  And I can get a better idea of color scheme. 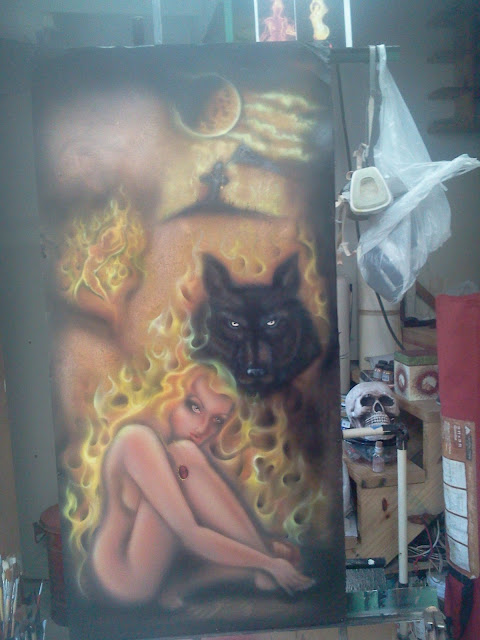 This in itself was an interesting project that I think I will blog a how to on later. 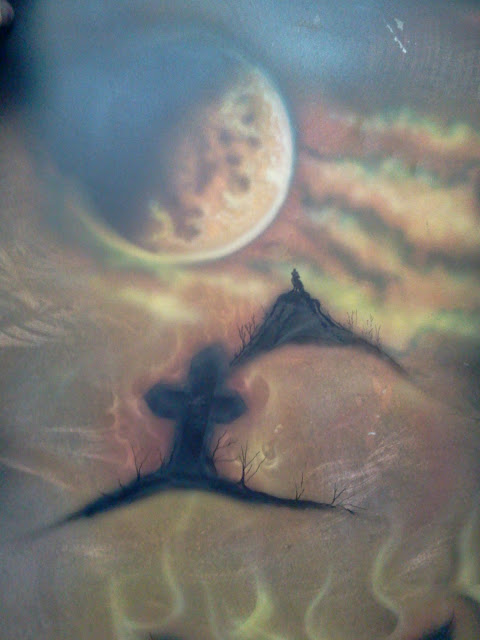 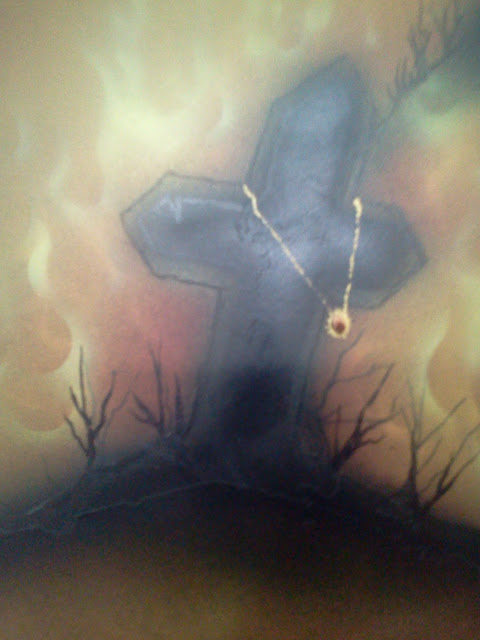 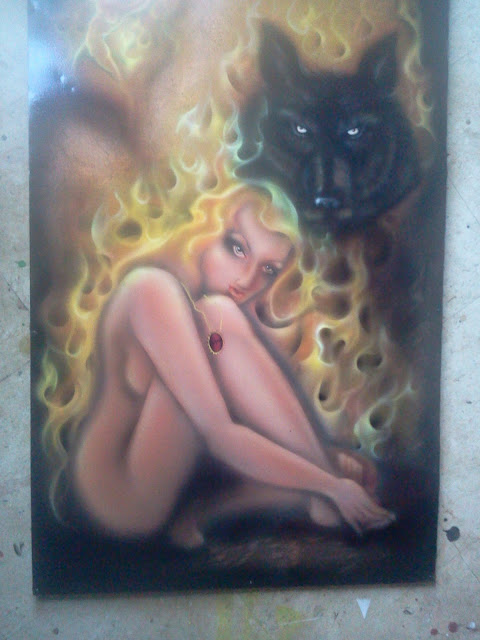 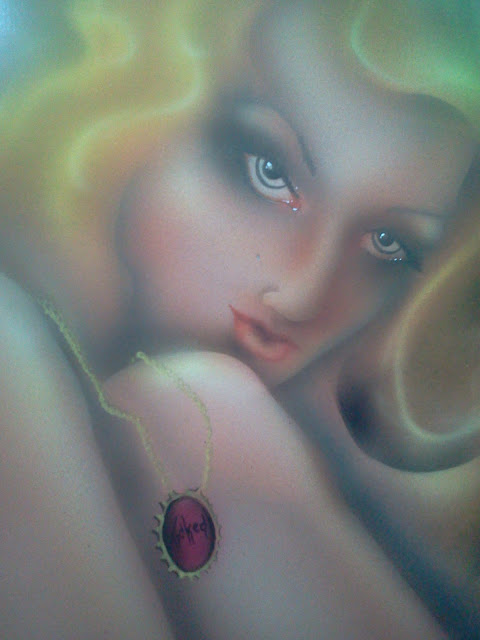 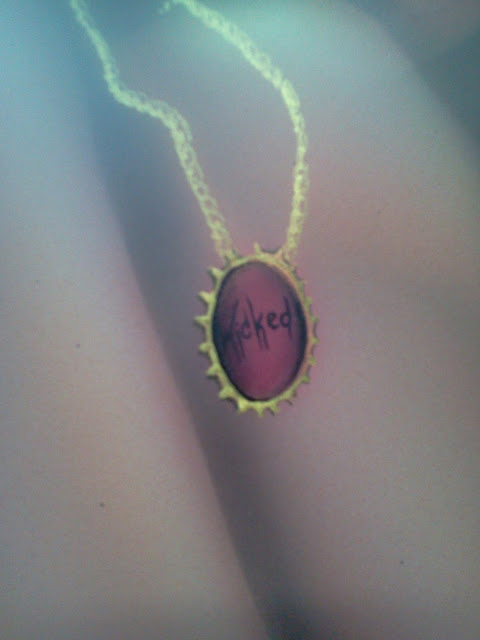 One of the running themes is the locket. The next step is to show the mock up to Tom and hash out the details.

In Wicked Resurrection Part 2 Tom and I talk about color and images.

Thank you everybody! Please forgive some of the pictures as they were taken with my phone and are pretty poor quality. Talk to you soon.